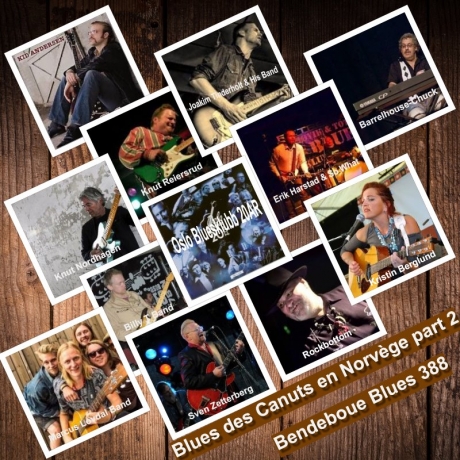 Here’s an interesting CD for you: A collection of songs celebrating the 20th anniversary of Norway’s Oslo Bluesklubb, a non-profit organization with about 700 members that promotes the music across the city.

A nominee for a 2016 Blues Blast Award in the Historical Or Vintage Album category, it features performances by visiting American bluesmen — including Chicago piano stalwart Barrelhouse Chuck and two departed legends, Mighty Sam McClain and Rock Bottom, the hard-living Florida-based harmonica– as well as Kid Andersen and J.T. Lauritzen, Norwegians who’ve made major inroads in the U.S., as well as Vidar Busk, a Norwegian blues pioneer, and a host of local talent.

Despite the CD title, all of the material here presents the artists at their best and was recorded in studios rather than live in the venues the club supports. Despite all of the liner notes written in the musicians’ native tongue, all of them deliver their lyrics in totally unaccented English.

Singer/guitarist Knut Nordhagan was working regularly at the Windy City bar when the Oslo Bluesklubb was formed. His original, “Craving For Your Love,” kicks off the disc. It’s a loping song of desire. Erik Harstad & So What deliver the blues rocker “What Is Life To You” before McClain steps to the microphone to sing “Please Mr. Foreman,” backed by a band fronted by keyboard player Knut Reiersrud. Recorded when visiting for a festival appearance, it’s a powerful plea to slow down an assembly line while working 12-hour days seven days a week.

Reiersrud switches to guitar as Barrelhouse Chuck launches a sprightly version of the Leroy Carr classic “Barrelhouse Woman” before Joakim Tinderholt polishes off B.B. King’s “Bad Luck” on vocals as he delivers smooth guitar runs that would make the master proud. Next up, Lauritzen accompanies himself on accordion as he and his Buckshot Hunters deliver a little swamp-flavored blues in the original, “The Joker.” The Billy T Band, who are called upon regularly to back musicians from the States, are up next with “Too Good To Be True,” a funky soul blues, before Reiersrud, who’s shared the stage with Buddy Guy and Otis Rush, covers the traditional “Barrelhouse Blues” with a new arrangement atop a medium-fast shuffle.

Now a superstar both as a guitarist/multi-instrumentalist and producer in addition to his work with Rick Estrin And The Nightcats, Kid Andersen is up next with “Hands Of Time,” a funky stop-time blues, before guitarist Little Andrew provides his original “Leave Me Alone.” It’s a rocking blues with a ‘50s New Orleans feel. Rock Bottom’s talents far outstripped his name recognition in the U.S., but they’re on display her as he blows the back off it on the slow blues grinder “I Don’t Wanna Die (With My Bills Being Paid),” aided by Little Andrew and Knut Eide on guitars.

Available through Microsoft.com or as a Spotify download as well as through other vendors, including www.bear-family.com in Europe, Oslo Bluesklubb 20AR 1995-2015 is a highly entertaining album throughout, especially if you’re unfamiliar with the quality of blues emanating from other lands, this isn’t a bad place to start. 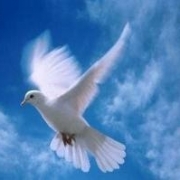 via iTunes
via RSS